Which Man Does not Dream of Having a Motorcycle？

DZOFILM: To start with, would you like to introduce yourself and your team to the DZOFILM followers?

Nicholas: Hi, my name is Nicholas Lackides, born in Spokane, WA but raised in the Portland, OR area. I went to college at the University of Oregon and started out as a physics major, hoping to one day become an astronaut and work for NASA. After my first year I realized that career path wasn’t for me and decided to switch over to the much easier Cinema Studies program, where I did a lot more historical and theoretical school work rather than a real production centered curriculum. During my 4 years I reached out to professionals in Portland and began PAing on big sets for big companies. Once graduated I got a job at a production for a company called Light and Heat where most of my work dealt with corporate clients such as Intel, Dell, Netskope, etc. After Covid-19 hit, I got furloughed and had a quick break in my career to do some soul searching. That soul searching didn’t last long because Brian Baldwin (Owner of Harbor PDX) hit my line and asked to start working on a couple low key projects with him. I had met Brian on multiple sets early on in my PA days and I guess through his ancient wisdom saw something in me that could prove of benefit. After working with Brian on multiple projects, he basically contacted me out long term and the rest is history. 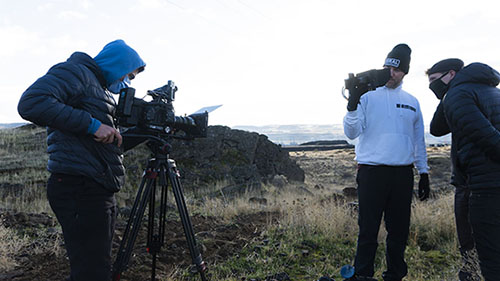 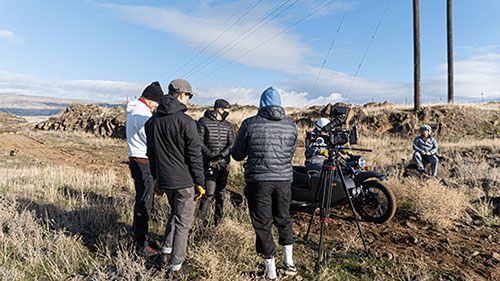 DZOFILM:The camera language in your video is very eye-catching. Can you introduce a bit to us? And where did you get inspired? 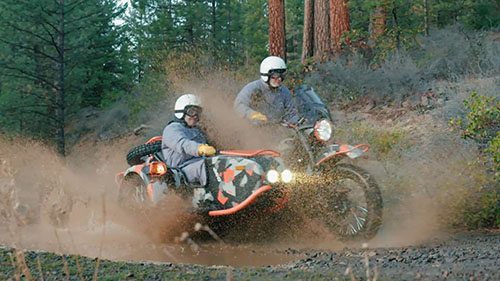 DZOFILM: A lot of zoom shots are used in this clip. In which situations will you choose to use zoom? Any tips to share?

Nicholas: We chose the zoom for very much a comedic and stylized visual. The zoom grabs your attention and immediately points you to what's important. For us it just seemed natural and right to use them because of the visual direction we were going in, and the DZO Pictor Zooms really helped us out due to it’s parfocal feature. Ultimately we only used it 3 times to not over do the comedic nature of it.

DZOFILM: Can you share some interesting things during your producing life?

Nicholas: Well Harbor PDX has been in the game for so long that it’s hard to choose just one interesting thing. The biggest thing is the relationships Harbor is able to make and keep with the brands and agencies they work with. It’s interesting to see Brian have such ease connecting with people and finding out what their goal is with a project or campaign. If anything the culture of Harbor represents everything that the future of production is going towards, and I’m happy to be a part of it.

DZOFILM: According to the video, we found you are a team of great fun. Do you have any hobbies? Or favorite movies and creators?

Nicholas: Things I like to do outside of shooting include skipping rocks, stand up comedy, line dancing, puppetry, and re-selling old TV remotes from the 1960’s era. My favorite movies include Interstellar, Black Swan, and The Eternity’s Gate and my favorite creator is a guy in my area (although he is very much worldwide) called Portland Ad King. He is an industry big shot and is always involved in side hustles to take him to the next level, he has always inspired me. 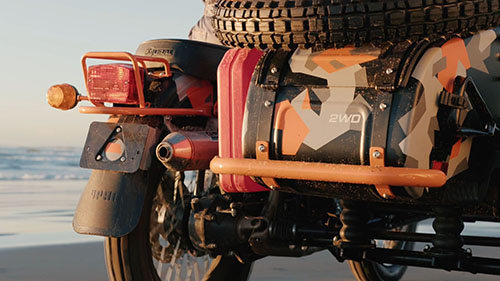 DZOFILM: How do you know about the brand of DZOFILM? What factors make you finally choose Pictor (in this clip)?


Nicholas: DZOFILM really came to my attention by me browsing YouTube. I saw a couple of channels review them and test them and I liked the characteristics that I was seeing. In the end I went for the Pictor Zooms because of their lightweight feature, how the zoom, iris, and aperture rings matched on the 20-55 and 50-125, and the bokeh you get. 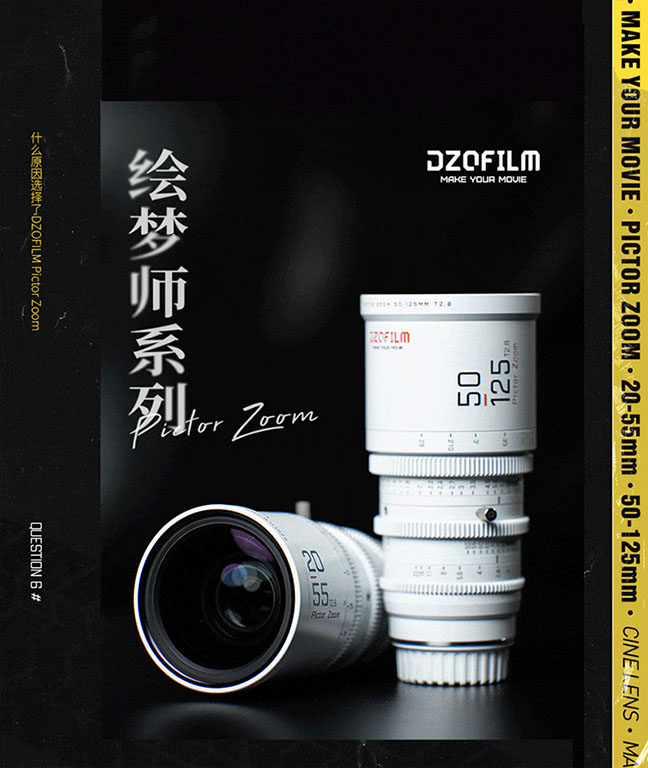 DZOFILM: How is your feeling when you shooting with the DZOFILM Pictor Zooms ? Any impressive moment that DZOFILM Pictors bring to you?

Nicholas: The one thing I absolutely love is the lack of focus breathing, I’ve never been a fan of it and to see this set have very little of it is great. Along with that, the color rendition for me always gets me in a good place when color grading my footage and the flairs I get give me a slight vintage look which I really enjoy. Lastly is the bokeh and focus characteristics, these two things really give it that special look and makes the visual storytelling even that much more of an impact.

DZOFILM: What's your next production? We are looking forward to it.

Nicholas: Lot’s of production possibilities are in the air right now, but most likely a Netflix project is in our future. 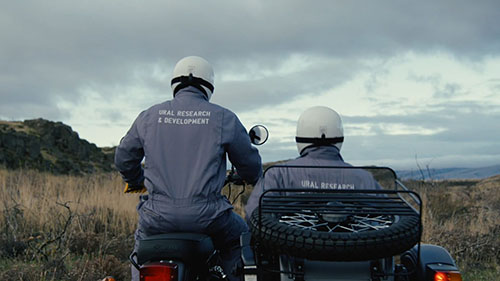 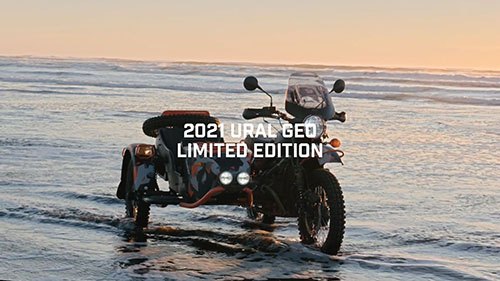